Fridtjof Nansen and the Neuron

Fridtjof Nansen is one of Norway´s most celebrated sons. He is recognized world-wide for his achievements as an arctic explorer, oceanographer, humanist, statesman and Nobel Peace Prize laureate of 1922.

What is less well-known is that Nansen worked as junior curator in zoology at the Bergen Museum from 1882 to 1887, studying the nervous systems of primitive marine animals with the most up to date histological techniques, including the silver stain developed by Camillo Golgi. In Nansen’s doctoral thesis of 1887 The Structure and Combination of the Histological Elements of the Central Nervous System, he -doubted the correctness of the prevailing Reticular Theory which stated that the branches of nerve cells were joined together to form a reticulum.

While Nansen was away on his arctic explorations -Santiago Ramón y Cajal proved beyond doubt that the nerves ended freely. This was confirmed during the 1950s when electron microscopy showed that there was a gap between the terminal -branches of adjoining nerve cells, the cornerstone of the now–established Neuron Doctrine. In a review of the literature published in 1998 Nansen, together with -Wilhelm His Sr. and August Forel, were acknowledged as the forefathers of the doctrine.

Neuroscience has now developed into a field of -scientific excellence in Norway, but Nansen’s achievements as a neuro—scientist are no longer common knowledge. To remedy this is the aim of this special volume which includes facsimiles of his thesis and the German synopsis of it, as well as essays recounting his time at the Bergen Museum and his place in the history of the neuron. 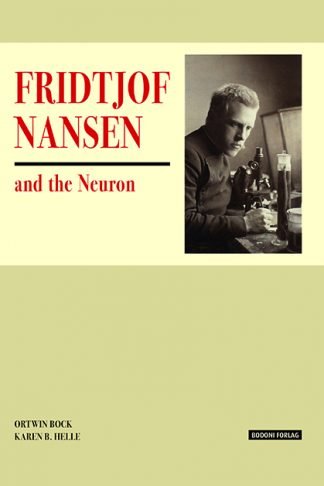